“Kim Basinger was so withdrawn as a child that her parents had her tested for autism and other psychiatric disorders; the tests did not find anything.  Growing up, her worst fear was reading aloud in class, to the point that teachers believed she was having a nervous breakdown.  When Kim took the podium to accept her Oscar in 1997 for LA Confidential, she couldn’t find the words to speak, even though she had practised for days.”  (VeryWell.com)

“It can hit at any time [anxiety/panic attack].  You feel like you’re in an open field, and there’s a tornado coming at you.  And you’re just consumed by it.”

“My hands were shaking.  I was sweating so profusely, I could not move.  I made it to my car and remember getting the keys in the ignition, cranking the car up, taking the back roads to my home and parking.  I didn’t leave the house for six months.”

“As a child, I was very shy.  Painfully, excruciatingly shy.  I hid a lot in my room.  I was so terrified to read out loud in school that I had to have my mother ask my reading teacher not to call on me in class.”

“I just absolutely hated school.  It was like a prison to me.”

“I’m just not a party girl… The funny thing about me and birthdays or any kind of celebration where it brings attention to you in that way is that it’s never been anything that I’ve thoroughly enjoyed – even as a little kid.”

“I didn’t really like my birthday as a kid.  My mother used to say, “Sometimes we’d have a birthday party and you would just wander off.”  But she said it was just my way in the world.  It wasn’t anything that I was truly interested in.  I’d have to open up all those presents in front of all those people, and then they’d look at you…”

“I entered the Junior Miss Pageant when I was a kid, and I won in my hometown.  I didn’t really care that much about winning – I only cared about getting up in front of the people and singing the song and not fainting.  So my dad made me a bet that I would get up there and really do it well.  I found myself walking out onstage that night when I was a kid. I think I was 16 years old…’Wouldn’t it be lovely’ – I sang it in an English accent. And, you know, I was so shy at school that I hardly ever talked, so everybody thought I was kind of a hermit.  And that night, I walked out on the stage and sang in front of the whole high school.  You could hear a pin drop because they said, “We didn’t know she could talk…” So they were a little surprised I had this big voice.”
“My dad was on cloud 21.  He was floating because he had told me, “I know that you’ll do this”… I had rehearsed for the longest time.  My dad had even hired an accompanist to play for me on a piano.  But he had never pushed me to music because I don’t think he wanted me to be hurt as much as he was if it didn’t work… I think it was to protect me.”

“When I came to Hollywood, I could wear a bikini, but I was in misery because people were looking at me.  So I wore baggy clothes and watched other girls get the big parts and awards.  I used to go home and play piano and scream at night to let out my frustrations.  And this led to my agoraphobia.”

“…even though I’ve played those roles and I’ve dressed up and been on the covers of these things and done this and that, it is all such pretence.  So I just thought, “I can’t be one of those girls.  I wear bib jeans.  I don’t wear underwear like that.  I don’t move in the world like that.” You know, I’m more bare-footed Rastafarian, crazy.”

“You see things that people project onto you… I’m not the biggest social butterfly in the world, but people don’t know you.  They have not a clue who you really are.  Not a clue.”
“I had never seen a Bond movie before… Never.  So I did a lot of research.  I remember going to that meeting with the producer.  It was Micheline, Sean’s wife, who had suggested me for this role.  I had a meeting with these people, and I sat there and suggested a lot of other girls in the business for the part because I said, “I do not look like that, okay?”  But the producer said, “No, Sean wants to meet you in London.”

“That was a very rough time with Adrian [Lyne, the director]… he had seen, I don’t know how many girls, and I was told to come in and to do a scene with Mickey.  So I went in to do that not knowing what I was going to do, and I remember it was just a weird, sexual kind of scene, and I was not happy at all when I left.  I got in my car and called my agent and said, “That was the worst experience.”  It wasn’t anything to do with Mickey;  it was just one of the scenes out of the movie.  I said, “I could never …”  I got totally thrown off and totally upset.  I cried in the car on the way home.  I don’t know what the other auditions were like, but Mickey got into character and he did something that Adrian wanted him to do, and I think it was a trickery kind of thing, and I wanted to get up and leave.  I was furious.  I think when I walked out the door, my agent got a call saying, “We found Elizabeth.”  Because Adrian had wanted me to react exactly the way I reacted, because Elizabeth was like that.  She was not in the game.  She was naive and she was thin and he turned her into what that was going to be.  That’s the real true story of 9½ Weeks – that woman and what she really went through.”
“That whole thing was weird, strange.  But that’s what Adrian wanted to see, and I had never been through an audition process like that, so they sent me roses – I don’t know, a hundred of them or something – and asked me to please do it.  I really had to go for a walk on the beach and say, “Do I do this movie?”

“I’m not a real social person – I’m shy – and a lot of this business is just social.”
“I’m not a big red carpet girl.  But I love the work.”
“I work in a strange business, and ‘trust’ is a word that’s not even in the vocabulary.”
“You lose your anonymity just like a helium balloon on a string… people are going to… write in whatever manner they desire.”
“In this business you can be at the top of the world and at the bottom of the barrel, and you’re grape juice.  I’ve been at both ends.”
“When the director doesn’t know what they want, it can be stressful.”

“…my daughter…has given so many gifts to shy old me and helped me overcome my fears.”

“…in the end, we’re all kind of fearful.  We all have fears and insecurities and ups and downs.”
“Now I wake up and enjoy life.  I didn’t want to live on drugs.  I wanted to face everything I was afraid of… Falling 12,500 feet out of an airplane was exhilarating!”

“I’m very sensitive to energy and people and life and animals and a lot of things.”

“We need to listen more, to hear the silence and live in it.”

“…you try to stay interested in life and bring some kind of comfort and pleasure to others on this planet as you’re going through this journey.” 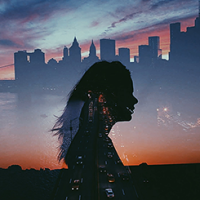 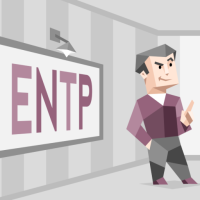 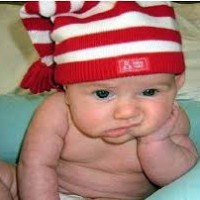 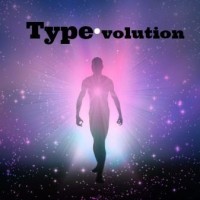 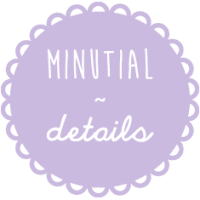